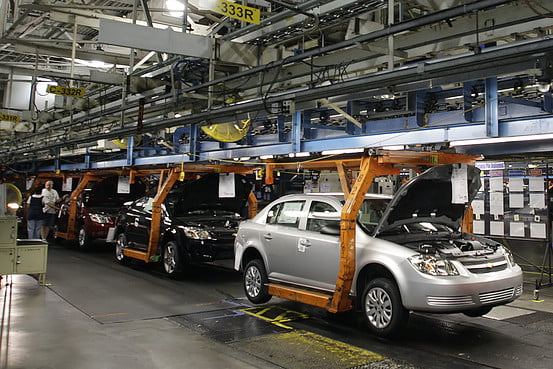 Yes there is a relationship between car sales in the UK and abroad to the demand for production space in this country and particularly the Midlands.

My note about a shortage of standing property stock and the fact that companies looking for new space will now have to get it built for them was given more back up by the figures released last week about new ‘62’ number plate cars.

Now I know that not all cars are made in the UK but more cars are being made in the UK than they have for a great number of years.  UK car production is increasing so as a proportion if UK car sales increase so does domestic production and a demand for more factories, warehouses, research and development facilities, showrooms, offices and the like.

So the news that new car registrations have been increasing has to help the UK economy in all sorts of ways and whilst the market is still well below its pre-recession levels.  In 2007, 1.94 million cars were registered in the first nine months of the year, whereas so far in 2012, 1,620,609 new cars have been registered, which is 4.3% up on the first nine months of 2011.  The SMMT is predicting 1.97 million cars will be registered in the whole year.

The benefits to the National and Regional economy are very welcome not only to the auto companies manufacturing cars in the UK but also to the many supply chain companies as well.

Let us hope the knock-on consequences for commercial property are long lasting.

For any property requirements that you have contact one of the Harris Lamb agency team on 0121 4559455 or email neil.slade@harrislamb.com.
Disclaimer: The views expressed within this article or weblog (‘blog’) are the personal views of the contributors and authors only and do not necessarily reflect the views of any named companies or their employees.
Back to Blog
Share this post
Previous Post
Next Post