We need a Champion for Housing

By Chris Jones, Head of Residential & Affordable Housing
With a number of reports being published centred upon Britain’s spiralling housing crisis, it’s clear that we need to see housing as a national issue and prioritise it as such- the symptoms of poor political dogma and vision over many years has left a desperate situation. 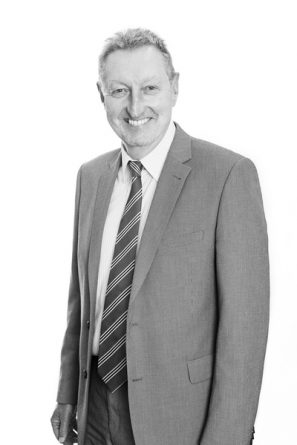 The numbers of Housing and Planning ministers over the last 25 years (with them having about a nine-month tenure each) is a strong indication of why policy and housing delivery is poor.
So, hopes are high for the new Housing Minister, Gavin Barwell, who it seems is thinking far more practically, intelligently and holistically than some of his immediate predecessors. Let’s hope he is allowed to stay in post long enough to make a meaningful difference.
Comparisons with the 1950’s building boom must be treated with great care – having spent most of my working life demolishing these “dream” homes – largely due to poor design, construction and a variety of largely well-intended but disastrous Government polices, I can confidently say that we must ensure any major uplift in delivery of new homes must tick a number of boxes, with the properties being well- designed, constructed and environmentally sustainable.
Building them in the right place is also a bonus.
One area of notable uplift in housing supply is that of institutional investors targeting the Private Rented Sector – Converted former low-grade town centre office space is starting to populate and gentrify failing high streets. These high-quality conversions, particularly when located near to multiple transport links are proving very popular, and a good investment for major pension fund and institutional investors. This is starting to transform lower grade town centres into busy and thriving areas and in turn attracting smaller independent business, cafes, bars, restaurants and tech start-ups.
By reinventing communities and reviving some of the Civic and Victorian buildings such as libraries, such investment is bringing a new lease of life to formerly lacklustre regions and making them desirable residential locations once again.
The key now to making a major impact onto the UK housing crisis is to oversee both a major overhaul of the planning system and to invest in reclaiming and regenerating some of the derelict post-industrial land scarring the Midlands and other major conurbations. Both Prescott and Hesletine implemented their respective visions for regeneration policies back in the ‘80s which made a marked difference to cities including Birmingham, Liverpool and Manchester transforming them into some of the most desirable places to live in the UK.
It’s time we identified a new leader and champion to not merely recognise the urgent need to address the country’s housing crisis, but to drive policies forward to ensure it happens.
Any takers?
Back to Blog
Share this post
Previous Post
Next Post