The Flurry of News from the Housebuilders 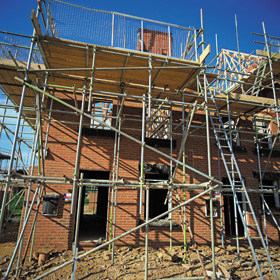 The Flurry of News from the Housebuilders

In the news today are Barratt’s, who the London press have covered with an emphasis on house sales in the capital; but there are other important points made by their announcement that reinforce some of the points that James and myself have made in the last few days over trends with residential land in the last 6 months….

Aside from the statistic that new homes in London sell faster than anywhere else in the UK the Chief Executive reported in a trading statement that pre-tax profit for the year to June was likely to rise by 158 per cent to £110 million.  Barratt’s revenue is up 14 per cent for the year to £2.3 billion and its gross margin has risen from 6.6 per cent to 8.2 per cent.

Barratts Chief Executive goes on to say that whilst the numbers of homes being built is a long way off the numbers produced in the ‘peak’ years but that “the market cannot support the 180,000 homes a year that the house building industry used to turn out because there is not enough mortgage lending.”

Laying the blame at the door of mortgage lenders is probably too harsh as it is a result of a variety of factors.  Banks will tell you they do not have queues of people outside their doors wanting to borrow money!

The key message we see is the growth Barratt’s have produced in new home completions – up by about 15% in 2012.  Add in increased profit for the housebuilder and it shows the housing market is getting on a more healthy footing financially and by output performance.

Harris Lamb are helping to obtain the planning consents for these new housing numbers and we are also acquiring as well as selling the sites that get built out.

If you own or have an interest in land, or if you just want some general planning strategy advice, contact Mark on 0121 455 9455 or email info@harrislamb.com.