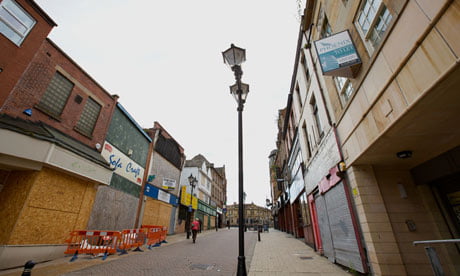 I read at the weekend that the Government is intending to stand firm by its postponement of the 2015 rating revaluation, despite fury from property and retail bosses.

What does this mean for the High Street?  In an age where retail activity is increasingly shifting to the internet and those retailers who don’t have an online presence are labelled as “toast” by an industry expert, there seems to be little doubt that a realignment of the cost of High Street occupancy is needed and the split of the property overhead between business rates and rent seems to be shifting.

Whilst retailers may have been looking for significant reductions in rateable value in the forthcoming rating revaluation, given the wider economic picture, there is little doubt that the Government would probably have sought to maintain the total tax take in some other way.  In other words, if rateable values had reduced, it would not have been a total surprise to see the uniform business rate (the multiplier used to calculate the rates payable) shift significantly upwards!

Nevertheless, have we reached a tipping point on the High Street?

According to the Sunday Times, Peter Simon the founder of Monsoon has threatened to shut some 400 of his stores because he said exorbitant rates and rents are threatening the High street.  Monsoon has already started closing some stores and is warning, along with other retailers, that High Streets across Britain face being “wiped out”.

The Sunday Times also reports that in Stockport, up to half of the shops in some streets in the Town Centre are boarded up.  The paper further reports that “John Timpson, Chairman of Timpson, the Shoe Repairer and Locksmith, said “there is a shop in Stockport that we would have taken if the rates had been lower.  The rent was £10,000 a year, but the rates were £18,000.  I always reckoned the rates would be about a ⅓ of the rent but now they are out of kilter.”

It therefore appears that Landlords are responding to an oversupply of vacant available retail premises and the tough deals which retailers are negotiating by reducing rents, however there is no provision to see a reduction in rates payable at the same time.

So where does this leave the High Street?  With increasing competition from online retailers, one could see a situation whereby retailers take smaller High Street space to showcase products, whilst the bulk of business shifts to online.  A collection point in each store for online purchasers could become a crucial part of every High Street offering from multiple retailers.  Whilst this business model obviously works for national multi site retailers, it potentially does not assist the independent who may still rely on footfall and passing customers.  Nevertheless, a multiple occupier presence on the High Street, even in the form of a smaller unit with a collection point will at least still attract customers to a High Street, as opposed to business disappearing off the High Street to online only, with delivery to the door.

How Local Authorities therefore work to encourage visitors still to a High Street, particularly having regard to parking policies and the interrelationship with public transport is probably another topic altogether for debate!

At Harris Lamb we have recently agreed a number of creative deals on the High Street on behalf of clients to help bring life back into empty retail units and locations.  If you require any assistance in respect of retail premises please contact Matthew Pegg 0121 2136046 or email matthew.pegg@harrislamb.com