There are plenty of people waiting for houses! 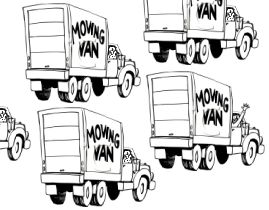 There are plenty of people waiting for houses!

My colleague, Pat Downes spotted an Article in the Times about Bovis Homes recent profits and funnily enough I just saw on the BBC website about Persimmon Homes profits up over £50m in the last 12 months and their share price jumping 19%.  Persimmon did say housing market conditions are still ‘difficult’ though.

The one point we can’t get away from though was highlighted in a piece from the Department for Communities and Local Government and the latest figures they have released showing a demand for 18,000 new West Midlands households a year but only 7,690 were built in the year to December 2011, with this down by 5.6% on the previous 12 months.

Gemma Duggan, West Midlands lead manager for the National Housing Federation (‘NHF’), said an increase in housebuilding would provide an economic boost, as well as fulfil a demand in the region.  Ms Duggan also said:

Ms Duggan said: “The fact is the UK is building fewer homes than at any time since the Second World War.  Housing must be treated as a top political priority”.

The NHF have undertaken modelling to suggest public investment, when matched by Housing Association monies, creates huge scope for building shared ownership housing and some large job creation in the housing sector.

With the Government telling us there is no money ‘spare’ for spending you have to think that the better shape our housebuilders are in then the better placed they will be to enter schemes and partner Government Agencies to deliver the houses people are waiting for.

Simon specialises in strategic property planning advice. If you would like to speak with him about the potentialy for your land holdings, he can be reached on 0121 4559455 or via email: simon.hawley@harrislamb.com.