Upsides in the construction sector 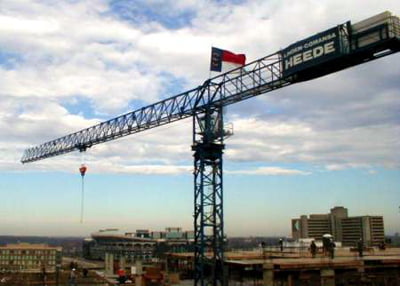 My colleague Paul Wells chatted about the disappointing contribution that the Construction Sector is making as part of the UK’s overall output in GDP at the moment and some more figures just released seem to reinforce this somewhat.

The report was that UK construction activity fell by 13.1% in September from a year ago as the downturn being experienced by the sector steepened further.

One of the brightest spots in the figures was a 5% increase in housebuilding activity according to Office of National Statistics data.  This relatively good picture in housebuilding is something we are seeing directly with housebuilder interest and activity being very positive.  The issues for housebuilders remain viability and development finance concerns even in the ‘hot’ markets of London and the South East.

If you need examples of why the construction sector is slowing so markedly you need look little further than one of the headlines in Building Magazine on 5th November which read:- “No major NHS building work until 2014” with the NHS’s new property boss adding he was unlikely to be procuring major construction work until at least 2014.

What these headlines are not saying though is that ‘construction work has stopped on all fronts’ and whilst some areas of work have slowed, most obviously in the public sector, other areas are seeing growth and some of the other Building Magazine articles bear this out from: – “Vinci wins £60m Jaguar Land Rover plant” for a new 1.2m sq ft production building in Solihull to the London Deputy Major for Housing saying that London will hit its London Plan figures for 30,000 new homes this year.

The construction projects we are running and have coming in the pipeline are all still subject to the vagaries of the market but we will be delivering from our project team some significant new schemes over the next 12 months.

To discuss any project or building proposals contact one of the Building Surveying team at Harris Lamb on 0121 4559455 or email kevin.scrivener@harrislamb.com.