Lend us the Money 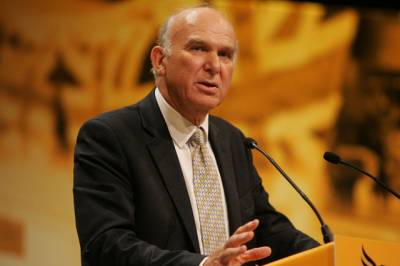 As property consultants, and with agency work in particular, the issues of credit availability and the willingness of lenders to fund property purchases and capital expenditure are so important – money makes much of ‘our’ world go round!

Listening to Vince Cable the Business Secretary on the radio this week highlighted many of the issues that our agency surveyors in particular are saying at the moment.

Mr Cable was speaking about the number of loans being offered by Banks continuing to fall in spite of the Funding for Lending Scheme. The Bank of England has announced net lending fell by £2.4bn in the final quarter of last year compared to the previous 3 months.

The Business Secretary was stressing the ‘double edged sword’ faced by the Banks as they are encouraged to lend more whilst at the same time facing calls for improving their balance sheets to make their financial positions stronger. One argument is for Banks to lend more, the other is for Banks to effectively avoid risk and hoard cash.

Whilst the four major Banks will bear the lions share of efforts to lend more, the onus was being placed in Mr Cable’s interview on other lenders to offer more loans to business. Mention was made of ‘the Scandinavian’ Banks; some of the Building Societies plus the ‘new Business Bank’.

I have to say we haven’t seen any trace of the Government backed business bank announced in September 2012 with funding of £1 billion. With match funding from the private sector it was heralded as having the potential to support up to £10 bn of new and additional business lending.

More funding is certainly needed in the property market but so often property investment for new development is a ‘non qualifying’ sector for funds to invest via the Government backed schemes.

When we have the good news of major investments, with the best example at the moment being Jaguar’s announcement this week to double investment in its Wolverhampton plant, there will be an impact that more speculative and bespoke property will need to support the component and service sectors needed to underpin the likes of Jaguar’s new investments. The property industry still needs a better supply of funding for new build projects.