BREXIT, STOCK DEMAND AND ADDRESSING THE HOUSING CRISIS: 2016 IN REVIEW

The post-Brexit commercial property landscape is a promising one, with increased confidence from investors and a positive approach to tackling the housing crisis, leading to a bright forecast for 2017.

While the market was holding its breath for much of the first half of 2016 as it awaited the result of the historic EU Referendum, events since have been positive, despite an immediate hiatus where the pound fell in value and investors, landlords and occupiers alike took stock of events before powering ahead with a ‘business as usual’ attitude. 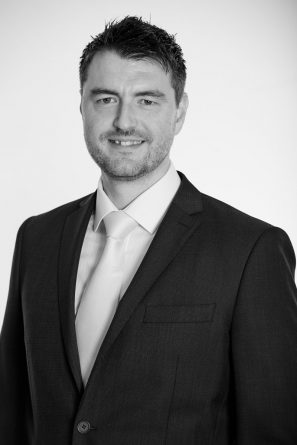 Tom Morley, of the business’ Agency team, said: “Six months on, any fears that the market would suffer have thankfully been proved unfounded. A long-standing demand for industrial stock, calls from developers to acquire further land to build on, and a desire from investors to buy and sell industrial and office space across the region have not been dented since the events of June 23rd.

“The UK as a whole continues to suffer from an industrial stock shortage, and that is particularly prominent within the West Midlands due to its obvious logistics benefits. The past six months has seen a rise in warehouses and business parks being refurbished to an ‘as new’ standard by landlords in a bid to bridge the gap in the absence of new or speculative development and a raft of industrial parks and units being sold for six-figure sums to manufacturers and exporters as owners recognise the demand and capitalise upon it.

“The housing market and residential land market seem unaffected to date; the demand is still there and further to Theresa May and her new cabinet’s commitment to addressing the housing crisis and pledging £5bn to building tens of thousands of new homes over the next three years, developers – particularly small family-operated firms that might have found themselves struggling to hold their own against larger, national house-builders – look set to have a very busy three years ahead with a great deal of Government backing,” Tom added.

The past six months has evidenced the ongoing confidence and ‘business as usual’ attitude, with the business having been involved in include the largest West Midlands deal of the year; the pre-letting of a 600,000sq ft warehouse at Prologis Park, Fradley to Screwfix, with other notable transactions including an 80,000 sq ft freehold design and build for Specsavers in Kidderminster and 135,000sq ft secured for ERA on a pre-let basis at i54 Wolverhampton.

Tom said that the 2017 forecast was bright, adding: “There are good levels of demand for 2017, with Harris Lamb set to announce several deals where lettings and construction will take place throughout the year, demonstrating the optimism and need moving forward.

“The shortage of stock throughout the region remains an issue, leading to increasing rental levels while low interest rates have led to increased freehold pricing.

“All in all, 2017 is set to be an exciting time for the sector as a whole, and the post-Brexit landscape shows no signs of putting barriers in its path,” he said.