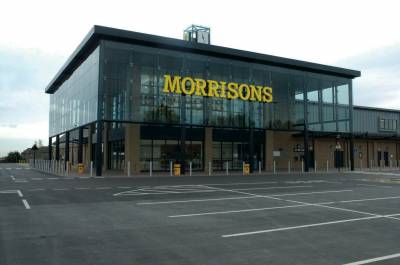 Property consultants Harris Lamb has completed a regeneration project in Worksop on behalf of Bridge Properties, overseeing the launch of a £9 million supermarket on a previously disused warehouse site.

Acting as asset managers and agents, Harris Lamb oversaw a scheme which will now see a 200,000 sq ft former complex of warehouse units in Worksop regenerated into a supermarket, creating 143 jobs.

Andrew Lamb, who oversaw the project states: “we had a collection of older style warehouse buildings with no occupier interest, located in a mixed secondary area of commercial and industrial property. We were tasked with bringing the property into beneficial use to make a return for the portfolio.”

Simon recalls: “Worksop was a challenging job for us in many respects – the town’s major redevelopment site, Vesuvius, had been stalling for a few years in being able to deliver regeneration on the western side of Worksop and this was colouring the Council’s views of other large site developments in and around the town.

“We engaged with the first class team of local authority planners at Bassetlaw Council, then worked closely with the neighbouring occupiers and community to obtain a planning consent for a new supermarket and employment site.”

Working over a two-year period, the seven acre site was transformed from a location with little or no prospects for being used again, to one where a clear framework for planning and delivery for re-use was in place.

Having identified Morrisons as the anchor food store for the Kilton Road site, a conditional contract for sale was agreed with them, and the supermarket is now on site, having completed the purchase in May 2013 to build a new store at a cost of approximately £9million.

Andy Lamb commented: “For us as a Practice, the role we fulfilled at Worksop delighted our clients.  To identify opportunity and unlock potential is very satisfying for the whole team.  Bassetlaw Council was happy with our success in driving regeneration in the town and Morrisons will hopefully be trading early in 2014.”