Harris Lamb has recorded a record-breaking year and is gearing up for further growth in 2016.

Last year marked the strongest year of trading for the Midlands based property consultancy since its launch in 1992. 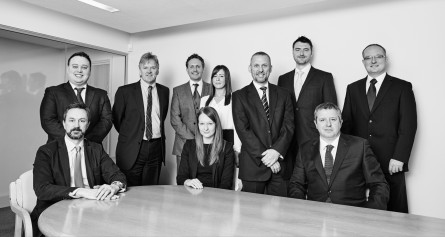 The national business, which services the whole of the UK from its offices in Birmingham, Worcester, Stoke-on-Trent and London, has reviewed its 2015 performance, and stated that the year had surpassed 2014’s fees, which had been the highest the business had recorded to date.

Director Andrew Lamb said: “2015 closed with a flourish for us, with a number of investment acquisitions, including Louisa Ryland House in Birmingham and 3 Kings Court in Worcester, some great disposal instructions, residential land sales and regular instructions from our client-base resulting in a record year with fee income up again to beat 2014’s all-time high.

“On reflection, business certainly ‘took a breath’ before the election in May last year and this was something we felt at the time, with the economic indicators for the economy now confirming this. 2014 saw continuing economic improvement in business, but the downturn in the commodities markets saw a knock-on effect with plant streamlining and closures plus company failures that have some effect on what we do; the collapse of Caparo being a good case in point.

“The business has just appointed a new specialist in the Recoveries sector, a testament to our belief that there will continue to be some selected company failures in the next 12 months as banks and lenders have the belief that with market improvements, now is the time to potentially crystallise their lending in certain circumstances,” he said.

Andrew added that house-builders are in a great position, stating that Harris Lamb achieved a number of residential land sales over the course of 2015, and that the business believes the sector will gain even more strength in 2016, resulting in a recruitment drive to best service the stream of work.

“Continuing economic improvement is seeing a number of new build projects that are keeping our project and building consultancy teams busy too, from overseeing a new 175,000 sq ft warehouse in Ripley to a children’s day nursery in Greenwich to a new crematorium in Surrey – it’s fair to say that the team looks set for a very busy 12 months,” Andrew said.

The business is now gearing up for more growth in 2016 and is launching a major recruitment drive to help it deliver on that plan.

“We see client demand for more services from us and in response to this we have added extra Recoveries capability and will be adding to our agency and residential land teams immediately. This is a year that will also see us recruit further into planning and building consultancy – the strength of our offer is something that is happily bolstering our business and helping the growth we are seeing,” he added.