The barometer found that more than half (52 per cent) of OMBs see the value of commercial property reaching its peak within the next three years, with one in five believing that 2017 will be the peak for commercial property values in the current cycle, and a further 20 per cent believing it will come later in 2018.

There are definite contrasting views according to businesses located in different parts of the UK: Just under two thirds (65 per cent) of OMBs in London and the South East share the view that commercial property values will peak by the end of 2018, but 25 per cent of those in the East Midlands, don’t think it will happen until 2020.

“However, despite tax changes on stamp duty and the introduction of capital gains tax for foreign property owners, it is encouraging to see that three quarters of OMBs believe the peak is yet to come. In spite of government legislation and concerns over global market volatility, small businesses in the UK are optimistic and believe the next five years still hold value for commercial property.” 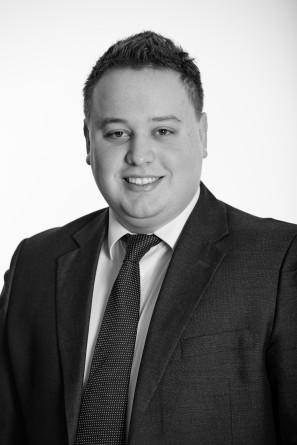 Alex Eagleton, of Harris lamb’s Agency team, said: “It’s about supply and demand, as ever. it is also confusing to discuss Investment values and Investment market trends in the same breath as talking about what owner occupiers view of the commercial property market is – the two markets are distinct and what drives them both has subtle differences.

“With the owner occupier market where owner managed businesses have most exposure there is a distinct lack of supply, in large part due to very little new office, industrial or warehouse space being built speculatively for the last eight years, in turn this is now having knock on effects with rents going up and competitive bidding on many freehold opportunities as businesses grow, relocate and invest in technology.

“The investment market has been stronger for a few years than the occupier market and whilst this market has perhaps been taking a breath while there is more bad news out of the Banks over the last 6 months, the low interest rate environment looks likely to keep driving property investment – where else can you get solid returns of five per cent plus or more?

“Our view is the market is pretty solid and even moderate economic headwinds won’t be stopping things up,” he added.