BRACING THEMSELVES FOR THE CUMBRIAN CHALLENGE

A team of fund raisers from Harris Lamb’s Birmingham office are bracing themselves for a gruelling hike through the Lake District as they prepare to take on the Cumbrian Challenge in support of Walking With The Wounded.

The Cumbrian Challenge is Walking With The Wounded’s flagship, annual fundraising event in the Lake District, whereby each team taking part pledges to raise a minimum of £1,000 to support a wounded veteran back to work.

The event takes place on May 14th, giving the team just over two months to reach their personal target of £5,000 for the organisation. 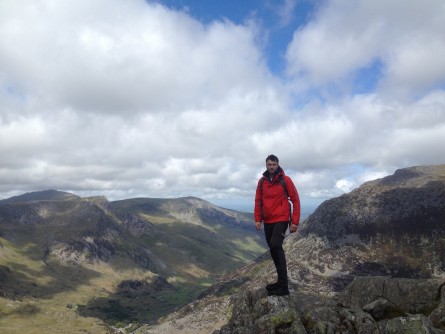 Tom is no stranger to arduous treks through mountain ranges; but will the rest of his team be up to the challenge?

Tom Morley, who will lead the team, said: “As a business, Harris Lamb undertakes a lot of different activities to support various charities across the UK, and having found out more about the work that Walking With The Wounded does, we wanted to take part in this challenge and do our bit to help.

“The charity was set up six years ago, and raises funds for the re-education and re-training of wounded servicemen and women who were forced to leave the Armed Forces as a result of their injuries and were not prepared for the move from one career to another.

“WWTW helps fund training and education to help them find a career, so that they can support themselves and re-build a life in the civilian workplace, while also providing a support network to all injured veterans,” he said.

The group is now in training for the task ahead. Having opted for the toughest of three available routes, the team face a 31.5km hike through the steep and rocky Eagle Crag with climbs over High Raise (762m), the Langdale Pikes, Thunacar Knott (723m) Harrison Stickle and the Pike Of Stickle (709m), high above the Langdale valley, which is expected to take up to 11 hours.

Tom added: “While we know it’s going to be a tough challenge, we’re looking forward to the opportunity to meet and race against members of our previous expeditions, and more importantly, to some of the men and women who WWTW have been able to support during their career transition from the military. That should be motivation enough for us to do our best to finish – plus we’re a pretty competitive bunch, so it should be an interesting day!”

The team can be sponsored by visiting: http://uk.virginmoneygiving.com/fundraiser-web/fundraiser/showFundraiserProfilePage.action?userUrl=harrislamb&isTeam=true