Planners have granted permission to build more than 250 homes on a former factory site in Walsall.

Earlier this year Harris Lamb’s Residential Land team was appointed as the sole agent to market the former Caparo site off Green Lane.

The 16.5 acre site, accessed from Green Lane and Old Birchills Lane, has stood empty for years following the manufacturer’s decision to consolidate operations in Oldbury, with the factory being demolished between 2007 and 2009. 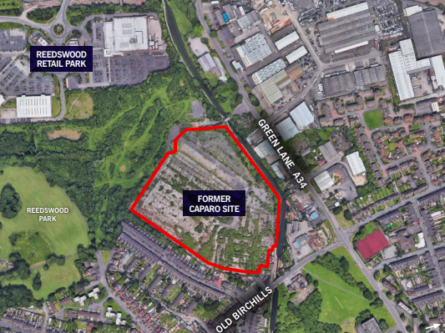 Harris Lamb is acting on behalf of Law of Property Act Receivers.

“We’ve worked closely with Walsall Metropolitan Borough Council to lead to this high impact development, which will provide more than 250 new homes.

“Construction is expected to start spring next year after major site remediation. We expect full and final offers from major developers by December this year.”

Chris added: “As a business we’re currently working on around 20 other sites of a similar nature to bring them back into beneficial use.”