NOTE: IN LIGHT OF THE COVID-19 OUTBREAK, THIS EVENT HAS BEEN POSTPONED UNTIL OCTOBER 2ND AND 3RD.

Harris Lamb has signed up for a 20-mile hike through the Lake District in aid of Walking With The Wounded, having set itself a £2,000 target to help support injured veterans.

This will be the third year the business has supported the charity.

Tom Morley, who will lead the team of four, said: “This year marks Walking With The Wounded’s 10th anniversary, and as we’ve always really enjoyed the Cumbrian Challenge –  some years more than others, admittedly – we wanted to make sure we were part of it. 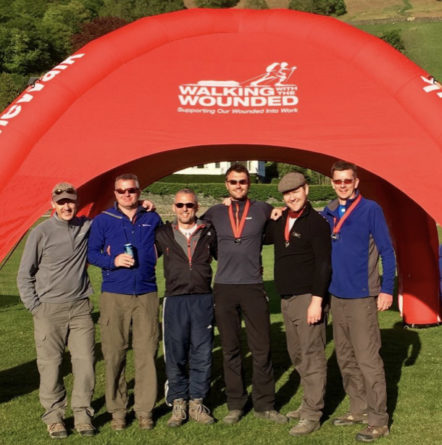 “Myself and my colleagues Simon Hawley, Andy Groves and Rob Pinks will be training in the coming months ahead of the May 16th event, and as usual, we’ve signed up for the toughest of three routes, a 32 km hike that takes in nine peaks and ascents of 1,650 metres, and is expected to take up to 11 hours to complete.

“Walking With The Wounded raises funds for the re-education and re-training of wounded servicemen and women who were forced to leave the Armed Forces as a result of their injuries and were not prepared for the move from one career to another.

“WWTW helps fund training and education to help them find a career, so that they can support themselves and re-build a life in the civilian workplace, while also providing a support network to all injured veterans.