The new owners of Hall Green Stadium have been revealed as regeneration specialists Galliford Try Partnerships.

Extensive interest in the 10.77-acre site from developers resulted in Harris Lamb putting a best-bids deadline in place, and the FTSE 250 business has now been confirmed as the successful buyer, having paid in excess of £13 million for the land. 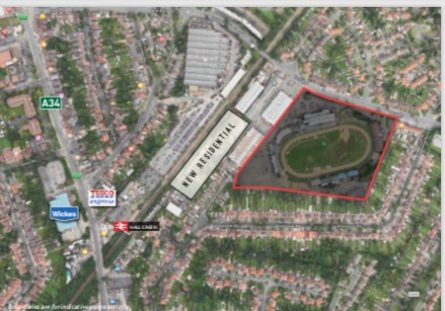 Harris Lamb’s Residential Land team advised a high net worth client in the initial purchase of the Stadium, with the consultancy spending a number of years working to promote the site for residential. Up to 210 new homes will now be built on the 10.77-acre site.

“As one of the largest residential sites available in a high-quality suburb of Birmingham, within easy reach of the City Centre, local motorway and rail links, development will be largely family homes. These opportunities are scarce in Birmingham.

“With the arrival of HS2 in 2026, together with new major office developments over the next few years, this area is primed to be a hub for commuters working in Birmingham and beyond, and its close proximity to Solihull and the Warwickshire and Worcestershire countryside will make the resulting development particularly appealing to young professionals and families alike,” he said.

The site received planning for the development of up to 210 residential units across the site in August 2016, and includes affordable homes, and public open space contributions, which will add to an excellent development. 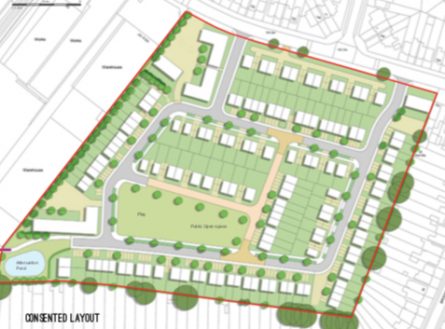 Following a number of viewings and expressions of interest, the deadline for best-bids was set for September 2017, with eight developers requested to make full and final offers.

Chris added: “Awareness around this site has been widespread, and with so much need for new homes in Birmingham and the surrounding area, we are delighted to have overseen the purchase and subsequent sale in order for that demand to start being met. With a large number of sites throughout the West Midlands currently being marketed and promoted through the Harris Lamb planning team this is just the latest in a long line of sites coming to market over the next 18 months.”

James Warrington, Divisional Director at Galliford Try Partnerships, said: “We are delighted to have completed the acquisition of Hall Green Stadium. As one of the UK’s fastest growing regeneration companies, we will be using our expertise to develop a quality range of new homes, with preliminary work due to start this month.”

Andrew Lamb, Director of Harris Lamb,  added: “Our client recognised the opportunity to acquire the former dog track as a chance to add value through the planning process, which took our team over three years to achieve. Most staff working at the stadium were relocated to the Perry Barr track, which holds popular events on a regular basis.

“We are pleased that the site will now be used for much needed quality housing, and proud to have played a key part in managing the process from initial acquisition to finalising the sale.”