It is not often that a commercial agent sells a property of such historical significance that it has been commemorated with a blue plaque, but Harris Lamb is marketing a former Smethwick bakery that has been deemed worthy of the honour.

Blue plaques are placed on properties boasting famous associations or historical importance, and the property, on the junction of Three Shires Oak Road and Thimblemill Lane, marks the site of the Three Shires Oak itself. 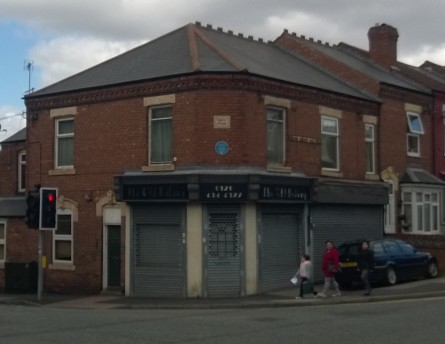 Sara Elwell said: “We hadn’t been made aware that the retail property had been singled out as being of significance, but it makes it a far more unusual opportunity.

“The building is located on the spot where the Three Shires Oak once stood – an ancient oak tree that marked the point where Staffordshire, Shropshire and Worcestershire meet. As it stands, the site has a lot of appeal – it’s a shop that benefits from three flats and a modernised building to the rear which can be used for storage or as an office, but that plaque opens it up for real marketing potential if the buyer chooses to act on it,” she added.

Blue Plaques have played an important role in the history of the conservation movement. The scheme pre-dates the Society for the Protection of Ancient Buildings and the National Trust, and has been responsible for raising awareness about many of London’s buildings and, in some cases, saving them from demolition.

The Blue Plaque scheme was later operated by London County Council and Greater London Council before English Heritage took over responsibility for it in 1986.

The Old Bakery is available freehold as a partial investment and has an asking price of £295,000.

Enquiries should be directed to sole agents Harris Lamb on 0121 455 9455 or at sara.elwell@harrislamb.com