Harris Lamb’s Stoke office has recorded the highest number of enquiries during quarter three since 2010, accurately following its forecast for the year.

The Stoke team reported that it has experienced consistently high numbers of enquiries during the summer; traditionally a quieter time within the sector, and has surpassed the number of enquiries received over the summer months over the past five years. 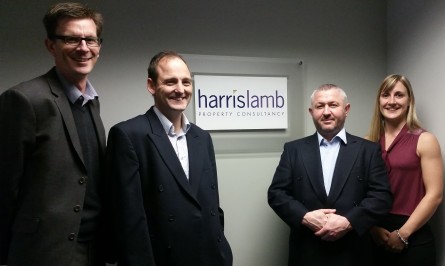 Becky Colclough said: “At the end of 2014, the business recorded its most successful year to date, and forecast that 2015 was set to follow suit.

“We entered 2015 with a strong number of instructions and successes as a result of the market steadily improving, and we’ve managed to maintain high levels of enquiries throughout the year. The summer was particularly successful, with deals including the letting of the high-spec Cross 50 a 50,000 sq ft industrial unit at Lymedale Cross to ABC Electrification, the letting of unit 45 Parkhouse Industrial Estate a 10,000sq ft industrial unit in Newcastle-under-Lyme to logistics firm DHL, the letting of a 2.3 acre site on Etruscan Street, and the sale of 16,000 sq ft of industrial space at 216 Sutherland Road, Longton.”

Becky attributed some of the increasing interest in the region to its status as one of the UK’s economic hot-spots earlier this year.

“Back in June, a report published by Oxford Economics revealed that Stoke had the second fastest growth in productivity for a city or region outside London between 2010 and 2015, and that seems to have cemented many investors’ conviction that it’s a region worth laying roots in,” she said.

“Prior to that, a strong interest in the freehold sector was leading to a stock deficit, but one consequence of the report is that there’s been a marked increase in interested parties and therefore, there’s now a real demand for commercial space in order to fulfil occupier requirements within the region.

“If the final quarter of 2015 follows suit as we move into 2016, there will be a definite requirement for developers and land-owners to recognise that demand and invest in speculative development to fulfil it,” she added.