Harris Lamb has agreed a pre-let on a 110,000 sq ft distribution unit at a Derbyshire commercial site.

Plans for the design and build warehouse at Denby Hall Business Park was announced earlier this year, as part of developer Garner Holdings’ commitment to helping to generate more new jobs in the region.

Work on the 110,000 sq ft building is well underway, and having been appointed as sole agent for the opportunity, Harris Lamb has negotiated a lease with logistics firm Lockwood Haulage. 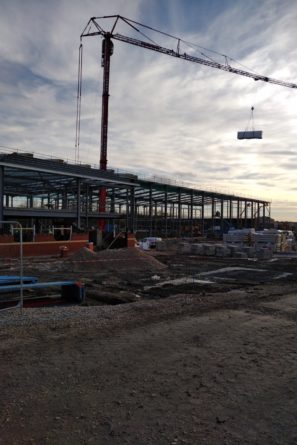 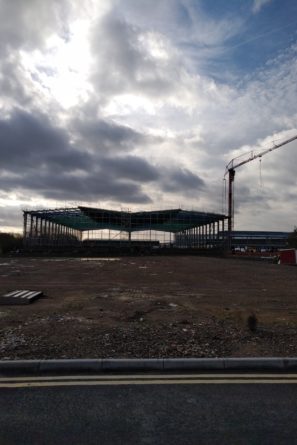 Neil Harris of Harris Lamb said: “Denby Hall Business Park has a reputation for being a premier, high-tech commercial location within the East Midlands, benefitting from high-specification office and industrial space with excellent logistics links.

“The past few years have seen a number of forward-thinking companies site themselves at the Park to establish a base for their international business, and its success within the East Midlands is second to none.

“There has been extensive demand for commercial property within the region for some time, and Denby Hall and Garner Holdings are responsive to that need. The business’ announcement that it planned to speculatively build this unit back in June was met with great anticipation from local businesses, hence the speedy negotiations with Lockwood Haulage,” he said.

Lockwood, which is currently based in Belper and was established in 1965, has agreed the lease as part of its continuing expansion plans.

The high-bay warehouse is expected to be completed and ready for Lockwood’s occupation in Spring next year.