A £2million redevelopment programme is well underway at a Minworth commercial estate with pre-let disposals in the pipeline.

Building consultants at Harris Lamb are overseeing the six-month project at Minworth Trade Park, which will see five units redeveloped and refurbished to bring them in line with modern trade counter and industrial units on the otherwise fully let estate. 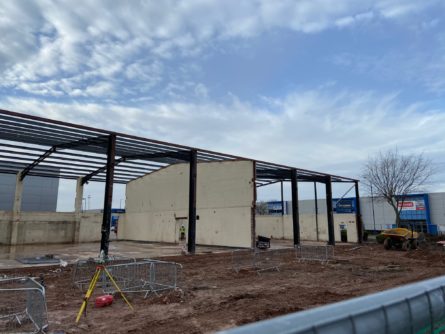 Paul Wells, who is overseeing the building works, said: “This project follows on from previous refurbishment works and will see the final part of the Estate updated. The properties we are overhauling are dated industrial units which we are modernising to an ‘as new’ standard.

“The majority of the park is now dedicated to contemporary trade counter units and the redevelopment will see units F1, F2, F3 and J1 – J2 refurbished to meet the same high standards.”

The business was instructed on behalf of clients of CBRE Global Investors to project manage the process, from appointing and overseeing contractors to overseeing the work and ensuring it is completed on time and within budget.

The refurbishment is scheduled for completion in April. 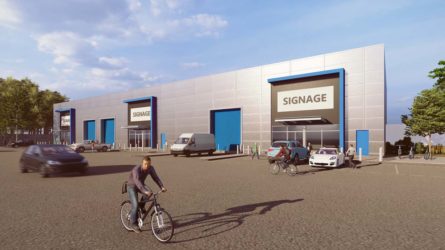 Neil Slade of Harris Lamb’s Agency team, which  is marketing the estate, said: “With an ongoing shortage of new industrial and trade units in the West Midlands, an increasing number of landlords are investing in upgrading existing facilities to an as new standard to capitalise on the demand, and this is the latest estate within the region to be subjected to such an overhaul.

“Minworth is one of the most significant trade parks in the UK and we have an effective fully let status to evidence its popularity. We are confident that the high standards of this refurbishment, combined with the popularity of the estate, will attract new tenants to the park in the coming months and we expect to announce pre-let deals imminently.”