READY TO WALK AGAIN: HARRIS LAMB SIGNS UP FOR THE CUMBRIAN CHALLENGE 2017

Harris Lamb has signed up for a 21-mile hike through the Lake District in aid of Walking With The Wounded, and hopes to exceed the £5,000 raised last year to help support injured veterans.

Last year, six fund-raisers strapped on their walking boots and headed north to take part in the charity’s flagship fund-raising event, the Cumbrian Challenge, and in May this year, eight colleagues will retrace their steps to help raise money to re-educate and re-train wounded service-men and women. 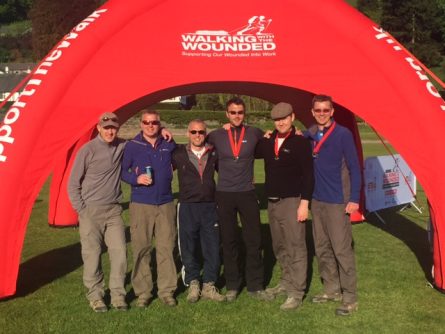 Tom Morley, who led last year’s team, has assembled two teams for the challenge, which takes place on May 13th, and will be joined again by Charles D’Auncey, Rob Pinks and Andy Groves, along with colleagues Kristie Loakes, Jonathan Aspinall, Simon Hawley and Justin Marshall.

Tom said: “Last year we really enjoyed the hike – it was tough, but good conditions and a great camaraderie with all the other teams taking part made it a lot of fun. This year we’re putting two teams in, and we’re now gearing ourselves up to train for the hike along with some of our other colleagues, who can’t make the weekend itself but would like to support us.

“Walking With The Wounded was set up seven years ago, and raises funds for the re-education and re-training of wounded servicemen and women who were forced to leave the Armed Forces as a result of their injuries and were not prepared for the move from one career to another.

“WWTW helps fund training and education to help them find a career, so that they can support themselves and re-build a life in the civilian workplace, while also providing a support network to all injured veterans. Last year we managed to raise £5,000 for the cause, and we’re hoping to beat that figure in 2017,” he added. 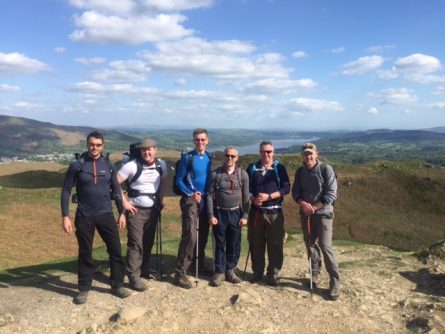 The 29km hike will take the team in 2,000m of ascents including the peaks of Helvellyn, St Sunday Crag, Fairfield and Great Rigg – a route described by the organisers as ‘going to “Hel” and back’.

Last year, a record 160 teams took part in the Cumbrian Challenge, taking on one of three challenging routes in spectacular conditions, alongside beneficiaries of the military charity and previous members of its fundraising expeditions to Everest and around Britain.

The team can be sponsored by visiting http://www.virginmoneygiving.com/team/harrislamb2017.