A former Kidderminster school has been placed on the market for residential development.

Acting on behalf of Worcestershire County Council and represented by Place Partnership, Harris Lamb is the sole agent for the former Stourminster School site which could accommodate a development for 56 new homes on the site of approximately 5.36 acres (2.17 hectares).

The site on Comberton Road is allocated in the Preferred Options Draft of the emerging Local Plan as being suitable and sustainable for a scheme of 56 properties following a positive assessment by Wyre Forest District Council. 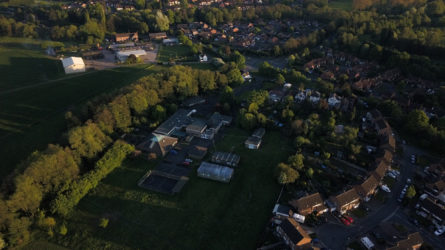 James Willcock, of Harris Lamb’s Residential Land team said: “This is a very exciting time for Worcestershire. There has been a huge amount of concern about the lack of new housing emerging to meet the demand from buyers looking to settle in the region, and recent months have seen some prominent parcels of land released for developers to meet that demand.”

James said that the site was likely to be of particular interest to housebuilders in light of its desirable location on the eastern fringe of Kidderminster, less than one mile from the town’s railway station.

“The site is located adjacent to King Charles I School and Comberton Primary School giving excellent educational facilities to the children of local residents.

“In addition, the site is situated next to a well-established and popular residential area with local shops and services. The site is located only a short distance from the Worcestershire countryside and picturesque villages of Stone and Harvington.

“The countryside setting of the site is enhanced by the presence of woodland on the site boundary together with the Spennells Brook, placing it in an attractive rural environment.”

The site is the latest in a number of Midlands land parcels that the Residential Land team has been instructed to market, including Hall Green Stadium and the former Caparo site on Green Lane, Walsall.