Harris Lamb has continued its run of acquisitions for fusion fast food chain Wrapchic, securing a second Birmingham site – at the city’s airport.

Having previously secured units for the chain in Merry Hill, Meadowhall in Sheffield, Solihull and Milton Keynes, the business’ retail team is delighted to have negotiated a kiosk in departures at BHX. 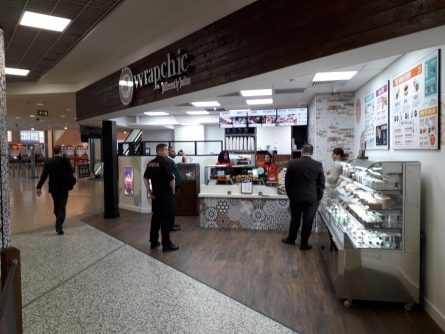 Harris Lamb was retained at the beginning of 2015 by Wrapchic founder Mahesh Raikar and tasked with identifying and acquiring suitable premises in key locations across the UK to aid the business’ expansion.

Head of Retail David Walton said: “The past two years have seen Wrapchic move from strength to strength, not only rolling out premises across the UK but also launching its first international store in Dubai.

“Transport locations are a pivotal part of the business’ next growth phase, and this is a superb site at an important UK airport. We are so pleased to have negotiated this presence on Wrapchic’s behalf and we think that, courtesy of extensive research, it will prove a big success for the chain.

“As a company founded in Birmingham, there is a sense of pride in securing further premises in the region, and this particular site guarantees high footfall and awareness. Further to researching the other outlets at the airport, the business has honed its offering, ensuring in particular a strong Halal offering to meet customer demand,” he explained. 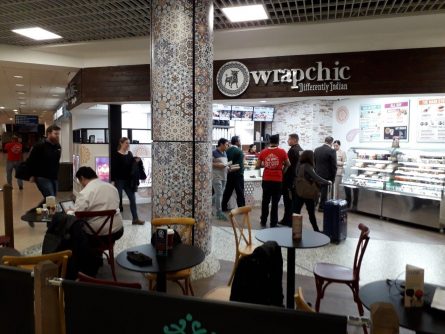 Mahesh Raiker, owner of the chain, said: “Wrapchic’s continued expansion is very exciting and we are thrilled with the diverse range of locations that we are establishing a presence in.

“This one in particular is a landmark achievement for us, promising high levels of awareness and a major transport location within our property portfolio. We have high hopes for its performance.

“With a number of further outlets planned for 2018 and more transport locations already in solicitors’ hands, we’re confident that the next 12 months will see the chain expand further with the ongoing support of the Harris Lamb team,” he added.

Wrapchic has now secured units in a number of top UK shopping centres with the assistance of Harris Lamb, and operates 15 stores across the UK. It aims to grow that number to over 25 by the end of the year.