Harris Lambplans to mark its 25th year in business by investing in further growth and development following a strong 2016.

The business, which was established in 1992 and has grown to employ 75 staff across four Midlands offices, pledged to increase its workforce by 15 per cent last year, a goal it exceeded further to the acquisition of a Worcester-based planning consultancy and a Nottingham Rating practice. 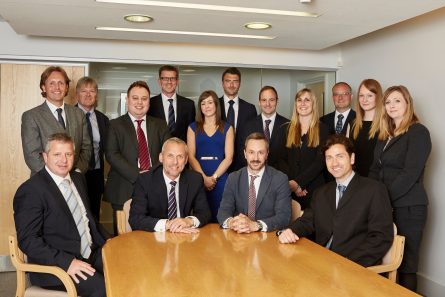 Neil Harris, Director, said: “2016 was an exciting year for us. We stated in January that we planned to grow the business through acquisition for the first time. In May we purchased Malcolm Scott Consultants, a well-established planning business, while in September, we completed the purchase of a Nottingham rating specialist; Humberts, thereby establishing a foothold in the East Midlands.

“We are now entering a new, post-Brexit era and I believe that there will be an increased focus on the UK and that we’ll see a lot more investment enquiries and requirements from beyond the EU. Certainly, we anticipate a lot more enquiries as the separation from the EU gets underway.

“The UK’s trade with non-EU countries is increasing at a healthy rate and we already see this with worldwide enquiries into our offices.

“To us, businesses across the country need to have their eyes open to the possibilities that will arise as a result – in recent weeks, McDonalds has announced its intention to relocate its non-US operations to the UK, and opportunities are out there.”

As such, Neil said the business would be stepping up its recruitment and seeking to grow the business further in order to maximise those opportunities, and planned to strengthen teams within its multi-service offering.

“In 2014, we launched a dedicated retail department, which works closely with our award-winning Agency team, to identify new UK sites for a number of retail clients as well as overseeing lettings and sales of retail properties around the country, while last year saw the launch of our Residential and Affordable Housing division.

“Both of those services have proved a huge success for us, and we’re now in talks to develop and strengthen existing teams to go beyond our current service offering in order to reach a new, wider marketplace. We’re strong believers in continued investment in order to help the business evolve and provide a constantly improving service to our client-base,” he added.