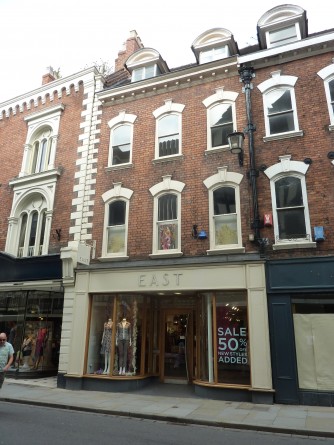 Thirteen High Street, formerly occupied by East, was put on the market by Harris Lamb’s retail team last July, and was under offer within a month as retailers jumped at the chance to carve a niche in the town.

David Walton, head of retail at Harris Lamb, said: “This was a very desirable premises, and we received a lot of interest from national and international retailers.

“As well as occupying a prominent location, the shop had undergone a high quality refurbishment, making it appealing to new tenants. The shop was placed under offer within three months of marketing commencing,” he added.

Crew Clothing has taken the premises on a 10-year lease.

“Crew Clothing is a good fit with the existing tenants in High Street,” said David.

“Neighbours include White Stuff, Salt Rock, Starbucks and Costa, and there are high footfall levels. Demand for retail space in the town is high, so I wasn’t surprised that this transaction was completed so quickly,” he added.