Harris Lamb has secured the sale of an established Aston industrial site to three industrial occupiers for deals totalling £3 million. 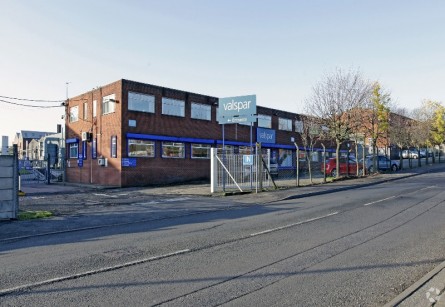 The former Valspar site in Aston Church Road was split into three parts, and the agency has completed the sale of the final portion of the site after securing sales on the main part of the site and a secondary section to UK industrial occupiers.

The lion’s share of 95 Aston Church Road, comprising of industrial buildings and warehousing covering more than 75,000sq ft, has been bought by a leading UK supplier of cladding products which will manage its Midlands distribution operations from the premises.

Thomas Morley, of Harris Lamb’s commercial agency team, oversaw the sale and said: “There is a massive shortage of industrial stock across Birmingham and the West Midlands as a whole, so when the Aston Church Road site was put on the market there was little doubt that it would be snapped up quickly.

“This is an established industrial area, and this prime site is made up of a number of warehouses and industrial units with good yards, while also offering easy access to both junctions five and six of the M6.

“A second portion of the site, comprising of a 12,000 sq ft, warehouse has been taken on by a metal processor, also attracted to the site by its location, condition, size and access links,” he said.

The final portion of the site, was procured by Presscraft (Components) Ltd taking the opportunity to ‘buy their own front door’ in the heart of Birmingham’s industrial centre.