Aspire Housing bought the historic Crystal Buildings in Newcastle-under-Lyme for an undisclosed sum after demand for the site saw agents invite best  and final bids after just four weeks of marketing.

The three-storey 36,000 sq ft building on Brunswick Street, formerly known as The Crystal Ballroom and latterly Zanzibar, on Brunswick Street, is now expected to be demolished and in conjunction with the large car park to the rear will see the one-acre site transformed into brand new apartments and housing by the business. 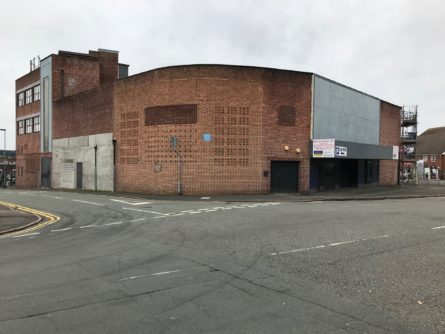 Andrew Groves of Harris Lamb, who sold the building, said: “As anticipated, there was a significant amount of interest in this well-known Newcastle site; so much so that after just one month of marketing it, we were instructed to invite best and final offers from interested parties.

“Having received over 10 bids on the property, Aspire Housing, a leading housing provider active throughout Staffordshire and Cheshire, were confirmed as the successful party and terms were agreed for the purchase at an undisclosed sum.

“The business, which has over 8,500 homes across Staffordshire and Cheshire, and a significant number in the development pipeline, felt that the opportunity was a strong fit with its current requirements, and it will be fascinating to watch this landmark site being redeveloped and brought back to life, having stood empty for a number of years following the closure of The Zanzibar nightclub.

“Newcastle Borough Council and surrounding occupiers will welcome a high-quality redevelopment of this important high profile site on the edge of the town centre,” he added.

Originally built as a snooker hall in the 1950s on the site of a former coal yard, the building was transformed into the Crystal Ballroom dance hall in 1958, providing a prime venue for the region’s Big Band scene. The building underwent a number of changes by name and theme, most recently known as The Zanzibar, which closed its doors for the last time in 2004.