Harris Lamb has confirmed the sale of a former fire service training academy in Smethwick to Black Country-based manufacturer Hadley Group for use as a new Head Office along with the development of a new manufacturing facility.

The Dartmouth Road site, which was used as a training academy by West Midlands Fire Service from 1992 until 2014, was placed on the market in September last year.

Within weeks, Harris Lamb announced that the sale would be decided upon sealed bids further to huge interest in the property, and earlier this year, the Hadley Group, the UK’s largest cold roll formed sections manufacturer, announced that it was the preferred bidder on the site.

Harris Lamb has now confirmed that the sale has completed, with the group having bought the facility for in excess of the £1.5million guide price. 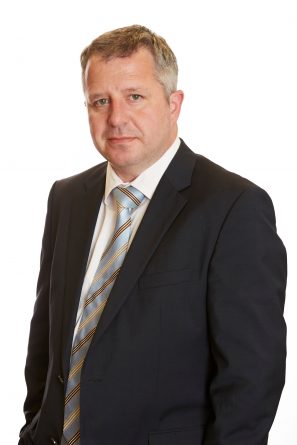 harles D’Auncey, who oversaw the sale, said: “There was a massive amount of interest in this property from the moment we began marketing it.

“As a 53,259 sq ft, four-storey training facility set in 4.2 acres, the freehold property had a great deal of potential, and Hadley Group, which already has its headquarters in Downing Street and a purpose-built steel fabrications factory adjacent to this site in Gaitskell Way, saw it as an ideal opportunity to further expand its national operation.

“It is the business’ intention to create a flagship manufacturing site at Dartmouth Road, creating more local jobs and enabling rapid growth for the company in-keeping with its 2020 vision of further increasing worldwide production capacity and of diversification into new markets for cold roll forming.

“We are delighted to have negotiated on this property and believe that the successful buyers will bring huge investment and employment to the region and aid UK manufacturing as a whole,” he added.

Hadley Group, which has its headquarters located in Downing Street, Smethwick, was founded in 1964 and operates from five UK sites as well as overseas facilities including in Germany, the United Arab Emirates and Thailand.

The group employs more than 500 people worldwide and has grown to have an annual turnover across the group of over £100 million.