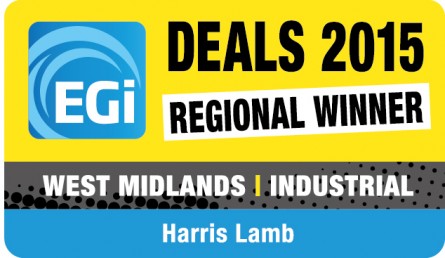 Harris Lamb has another accolade to add to its trophy cabinet, having been named most active Industrial agent in the West Midlands by industry bible Estates Gazette.

The team has been named the regional winner within the industrial category in the EGi Deals competition 2015, thanks to a raft of high-profile deals completed over the course of the year which included the letting of 200,000 sq ft in Droitwich, a letting to Air Link Systems at Neo Park, Tyseley and a large design and build for Specsavers in Kidderminster. 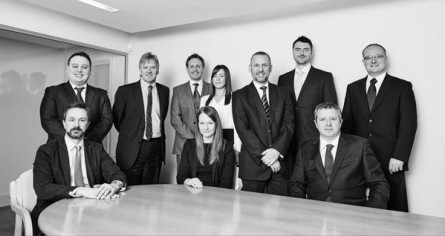 Charles D’Auncey, Director, said that the business was delighted with its ongoing track record within the category.

“2015 was a great year for the business in terms of impact within the industrial market, and 2016 is shaping up the same way with our involvement in other key projects throughout the region including Worcester Six, Prologis Park, Lichfield and Mucklow Oark, Tyseley.

“It is always a great achievement to receive this kind of accolade and to have our work acknowledged by our peers, and I’m particularly proud of the team for its consistent performance in cementing itself as a top UK performer within the field year after year. They work extremely hard to secure that ongoing acknowledgement and it is well deserved.

“The business has been very vocal over the past 12 months about the need for speculative development if the demand for high quality, Grade A stock is to to be met. With confidence returning to the market as interest and investment within the region continues to thrive, it is essential that the shortfall is fulfilled by developers and land-owners with the foresight to recognise that demand if the sector within the West Midlands is to continue to flourish,” he added.