Harris Lamb donned their blue and yellow stripes to help raise more than £7,000 for the Stroke Association at a charity football tournament hosted by legal specialists Higgs & Sons. 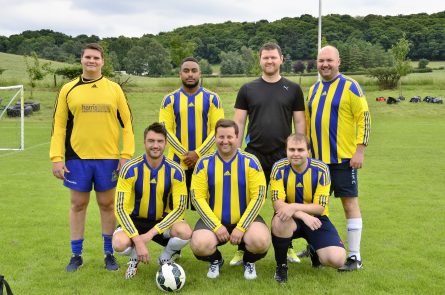 Tom said: “it was a great day, and while we didn’t get as far as we’d hoped, I’ve seen worse displays from considerably better players this week.

“The afternoon raised more than £7,000 for the charity, which is a great amount and we hope it will go some way to helping fund research into prevention of treatment. Big thanks to the Higgs team, who did an amazing job or coordinating the events and congratulations are in order for Mazars, who beat Santander Corporate Finance in a closely fought final, with CK Chartered Accountants taking third place.

“We hope to be invited back next year to compete again and raise more funds for an equally deserving cause,” he added.