Harris Lamb has welcomed back a member of its Agency team following a seven-year stint in Cyprus. 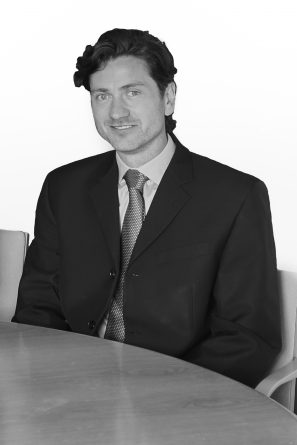 Steve Fisher initially joined the business in 2007, bringing with him four years’ experience within the banking and finance sector and a degree in real estate from Birmingham City University. He relocated to Cyprus in 2009, but moved back to the UK earlier this year and joined the Harris Lamb team once again this week.

Steve will be based in the practice’s Worcester office.

“It’s been great to come back to the business after a few years, especially at such an exciting time. Harris Lamb has gone through a huge transition over the past 18 months and it’s been good to see familiar faces joined with so many new ones as the team continues to grow.

He added that re-entering the UK property sector as the Brexit decision emerged had made the timing very sensitive,

“Joining on 27th June, just a couple of days after the UK majority voted to leave the EU, makes for a slightly unsettling time within the industry, but the directors are quite determined that whatever changes the decision brings, it will be business as usual and that the team needs to be even more proactive than usual to maximise the opportunities that arise as a result.”

“I’m looking forward to reconnecting with old contacts and familiarising myself with the latest developments across the region.”

Charles D’Auncey, who heads up the Agency team, said: “We’re absolutely delighted to have Steve back on board. He was always a real asset to the Agency team and he’ll play a key part in maintaining the strong presence we have across Worcestershire.

“The past year has seen us oversee a number of deals including the sale of the former Sealine site and the new Specsavers distribution centre, and with the ongoing workload within the region and the work we’re continuing to win, recruiting to the Worcester team was a high priority for us.

“We’re now heavily involved in letting Stoford Ltd’s Worcester Six technology park, and Steve’s contact base and expertise will play a major part in helping us drive those deals forward.”

Steve and his colleagues at Worcester, Jacqui Bayliss and Justin Marshall, will be joined on July 9th by the team from Malcolm Scott Consultants; the Loves Grove-based planning consultancy the business acquired in May.