MORLEY’S MEN ARE BACK AGAIN: TEAM HL SET TO TAKE TO THE PITCH IN AID OF DUDLEY MIND

Hot on the heels of Captain Kane and Co this week, Team HL will be putting their fancy footwork to the test this week when they take part in the annual Higgs & Sons charity football tournament.

Harris Lamb will be one of 43 teams descending on Stourbridge Rugby Club on Thursday to take part in the annual competition. 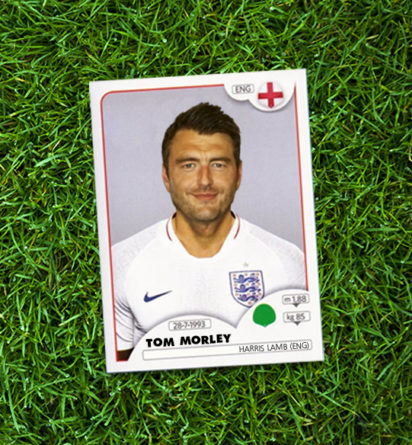 Captain Tom Morley. Not to be confused with Harry Kane.

Team captain Tom Morley said: “The tournament is in its 12th year now, and it’s always a great event. Higgs & Sons has raised more than £50,000 for various charities over that time. This year we’ll be playing to boost funds for Dudley Mind, aiming to improve and promote recovery and wellbeing for those in the borough affected by poor mental health.

“Six of us will head to the tournament and we’re hoping for lots of support from our fans, as we like to call our colleagues, and that the event raises lots for the cause.

“We’re starting in Group D, facing Lloyds Bank, BDO, Legal Insurance Management and  Mazars, and we’re hoping to get out of the group stages and push on through to the end,” he said.

Tom added: “We’re looking forward to a fun afternoon and to helping raise a lot of money for Dudley Mind. After the cracking performance in Russia on Monday, I’m sure everyone will be feeling motivated and determined to embrace football fever.”