Construction has completed on a 50,000 sqft warehouse in Rubery for Aquapak Polymers Ltd, with around 70 new jobs now earmarked for the region at the manufacturing hub.

Harris Lamb secured the Kings Norton-based manufacturing firm as a tenant at Hollymoor Point on a pre-let agreement last year.

Acting on behalf of Hortons’ Estate and Trebor Developments, Harris Lamb oversaw the 15-year lease, and has now handed the facility over to the new tenants, enabling the business to drive forward with its ambitious expansion plans.

Neil Slade, of Harris Lamb’s Agency team, said: “Having made the decision to invest heavily in its expansion, Aquapak agreed a pre-let on the site in 2016.

“With the building now complete and the manufacturing hub operational, it is expected that around 70 new jobs will be created over the next two years, bringing further investment and opportunities to the region, and supporting its ongoing regeneration.” 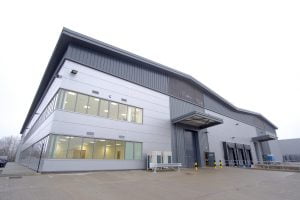 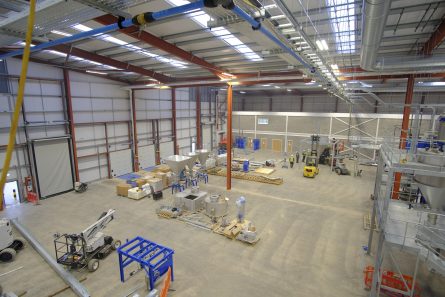 Bob Tattrie, managing partner for Trebor Developments LLP, said: “The development will meet the requirements for this process driven manufacturing facility and we look forward to working with all parties to deliver this exciting scheme.”

Mike Everard, managing director of Aquapak Polymers, said: “We’re delighted to that work has now been completed and that our plans to establish a clean manufacturing facility in Birmingham have come to fruition.

“Having worked closely with Hortons’ and Trebor to further our plans, we’re now in a position to create new jobs for the city and to support the wider goals of the Midlands Engine.”

There is now just over one acre remaining available for development at Hollymoor Point, which can accommodate up to 12,500 sqft of industrial warehousing/manufacturing space. JLL and CBRE are joint agents on the scheme with Harris Lamb

Back to Commercial Agency