Put last night’s prancing in France out of your mind and brace yourself for some fancy footwork worth watching: Team HL will be channeling their inner Harts, Vardys and Rooneys this week when they take part in the annual Higgs & Sons charity football tournament.

Harris Lamb will be one of 48 teams descending on Stourbridge Rugby Club on Thursday to take part in the annual competition. 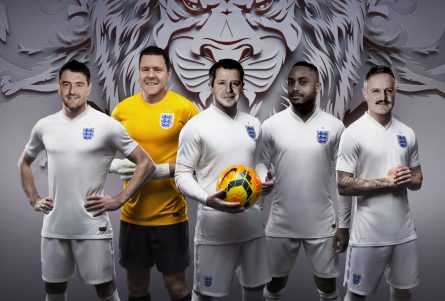 Team captain Tom Morley said: “The tournament is in its 10th year now, and it’s always a great event. Higgs & Sons has raised more than £35,000 for various charities over that time, and this year’s deserving cause is the Stroke Association, which funds research into prevention and treatments.

“Eight of us will head to the tournament and we’re hoping for lots of support from our fans, as we like to call our colleagues, and that the event raises lots for the cause.

“We’re starting in Group D, facing BigHand, Haines Watts, St Ives Chambers, Mazars and SDL Bigwood, and we’re hoping to perform a little better than England did last night and get a few goals past the keeper…” he said.

Tom will be joined by Kevin Scrivener, Rob Pinks, Charles D’Auncey, Gareth Booker, Jonathan Powell, Paul Wells and Marcus Andrew, all of whom will play in the series of eight-minute matches.

Tom added: “We’re looking forward to a fun afternoon and to helping raise a lot of money for the Stroke Association. With a bit of luck, the weather will be onside, and our players will be too. We’re hoping to have to make room in our trophy cabinet for a whole new kind of award.”