THE SEVEN YEAR SHIFT: The implications of the 2017 Revaluation

The 2017 Revaluation is now at the forefront of many business owners’ minds – and if it isn’t, it should be!

The Valuation Office Agency has now completed the Draft 2017 Rating List, publishing the new Rateable Values on Friday 30th September. All ratepayers will be receiving new rate bills in advance of April 1st 2017, with these new Rateable Values forming the basis of the demands. 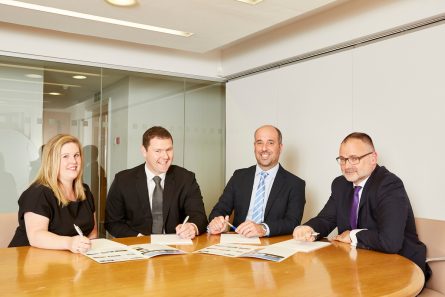 “The continued success of the London Market has seen Rateable Values substantially increase, whilst towns and cities outside of the M25 have seen more moderate increases and in some cases, even decreases,” he said.

“The High Street was hoping for some respite, and we have seen significant reductions in many, however this is not across the board as we have noted towns where retail Rateable Values have increased’’ he added.

Nigel Fletcher, also of the rating team, said: “Industrial properties are also experiencing a shift in values. Initial reviews suggest an east/west divide, with Rateable Values in central and western locations rising, on average by over five per cent, with values to the east and south east of the country falling by a similar average.”

With the Government’s consultation period for the controversial Check Challenge Appeal procedure, which proposes a dramatic overhaul of the current rating appeal system, only closing on October 11th this year, Andrew added: “Given the proposed changes, the lack of detail regarding transitional relief, and with the rate in the pound multiplier yet to be confirmed, it is more important than ever for Ratepayers to seek professional advice to ensure their interests are protected and the necessary budgeting requirements are put in place.

“Our recently expanded rating team has been putting the necessary resources in place to service all clients’ rating needs to ensure a smooth transition between lists.”

Ratepayers can contact the team directly for a free budget planner of their business’ 2017/2018 rate liability on rating@harrislamb.com