A team of fund-raisers from Harris Lamb have raised more than £2,500 to help supported wounded veterans.

An 11-strong team of hikers headed to the Lake District to take part in Walking With The Wounded’s Cumbrian Challenge on Saturday May 13th.

While the group had been hoping for sunshine and clear skies for the 29km trek, the weather was not in their favour, and the team faced miserable mists, rain and hail for much of the nine-hour slog. 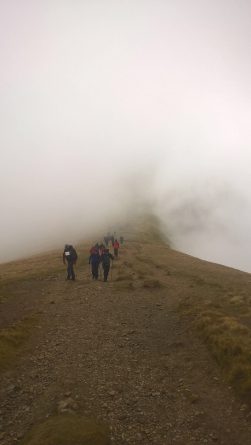 Dream conditions they were not.

The challenge saw the team tackle 2,000m of ascents on the ‘toughest’ of the three routes through the region, including the peaks of Helvellyn, Fairfield and Great Rigg – a route described by the organisers as ‘going to “Hel” and back’. 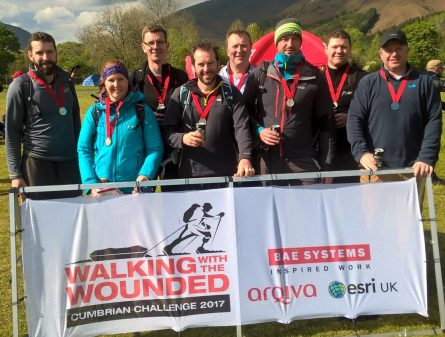 Walking With The Wounded was set up seven years ago, and raises funds for the re-education and re-training of wounded servicemen and women who were forced to leave the Armed Forces as a result of their injuries and were not prepared for the move from one career to another.

Tom, who led the team through the course, said: “A smaller group of us took part in the Cumbrian Challenge last year and we were able to put a larger group together this year, but the poor weather conditions made it a much tougher task.

“We were extremely relieved to finish, and I’m really proud of everyone who took part – it was by no means a walk in the park and there was a definitely sense of exhilaration – not to mention exhaustion – when we crossed the finish line,” he said.

Tom said that the group was delighted to have raised more than £2,500 to date, and hopes that more contributions will boost the total further.

“WWTW helps fund training and education to help them find a career, so that they can support themselves and re-build a life in the civilian workplace, while also providing a support network to all injured veterans. It’s a very worthwhile cause and we’re hoping we can really help to make a difference,” he added.

The team can still be sponsored by visiting http://www.virginmoneygiving.com/team/harrislamb2017.