Harris Lamb has promoted one of its long-standing dealmakers to a Director of the business as it marks its 25th anniversary.

The business, which celebrates its silver anniversary this week, has announced that Tom Morley, of the award-winning Agency team, has been made a Director, having been with the company since 2005. 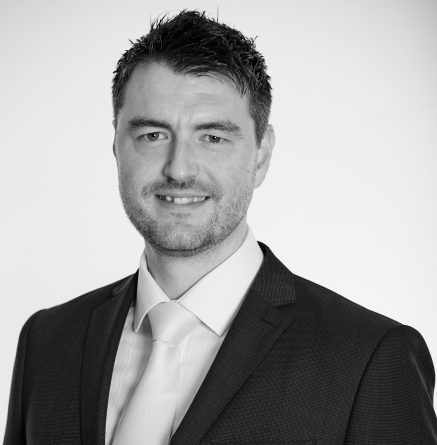 Neil Harris said: “This is a very well deserved promotion. Tom is one of our leading dealmakers and his contribution to the business over the past 12 years has been second to none.

“He has been a very loyal and valued member of the team. Tom is incredibly committed to getting the very best terms for his clients, and is a huge support to his colleagues.

“The past year alone has seen him close numerous seven-figure deals across the region, cementing his position as a key performer in the Midlands property industry. We’re delighted to announce his promotion and look forward to advancing the business with his continued support.

Tom said: “I can’t believe I’ve been here for 12 years – I started as a graduate in the Agency team, and passed my APC qualification at the first opportunity from the support of the team around me; namely Neil Harris grilling me constantly during inspections.

“Things have changed considerably in that time. There were about 20 of us in 2005 and I have seen significant growth of the company as new departments and offices have been established. It is, and always has been, a great place to work, thriving on a fun ethos backed by hard work.  We are like a family, and I am delighted to have been promoted to help drive the business through its next phase.”

Tom added: “The most memorable highlights of my career with Harris Lamb to date include passing my APC, becoming an APC supervisor to support graduates, becoming an Associate, and completing my first ever commercial deal. I still remember it like it was yesterday; a 5,000 sq ft unit at Kelvin Way Trading Estate, West Bromwich, which I still deal with today.”

Tom is also known for captaining the Harris Lamb football team and endangering his colleagues’ lives on perilous adventures such as the Walking with the Wounded Cumbrian Challenge.