A DOUBLE-EDGED SWORD: IS HAMMOND’S 2021 REVALUATION PLEDGE JUST ANOTHER PIECE TO FIT INTO THE BUSINESS RATES JIGSAW?

This week’s announcement by the Chancellor that the next business rates revaluation will be brought forward by one year to 2021 has been met with some cynicism by licensees who feel that issues arising from the last review are far from resolved.

Victoria Trafford, of Harris Lamb’s Licensed and Leisure department, said that the latest twist in the revaluation tale was unlikely to be welcomed as long as problems with the current Check Challenge Appeal system continued to prove problematic. 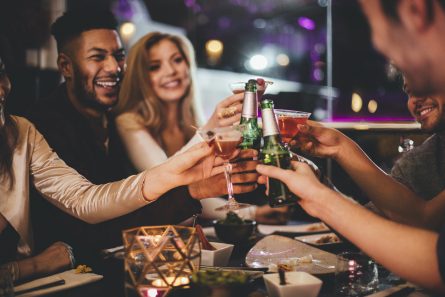 While three-yearly revaluations are welcome news, the current CCA process has to be addressed first. Image: SolStock/iStock by Getty Images

Philip Hammond’s pledge in the Spring Statement to bring forward 2022’s Revaluation to 2021 came hot on the heels of his inaugural Autumn Budget speech last November, when he confirmed that business rates revaluations would take place every three years in the UK, rather than every five – something many organisations have been demanding for years.

Victoria said: “A whole host of industry bodies including RICS, BII and the FSB have been seeking three-yearly revaluations for a number of years, thereby allowing a closer review of rental levels and, for turnover valuations, Profit and Loss changes to be taken into account , and while we’re obviously delighted that those pleas have hit home, there is naturally some cynicism that the step has simply been prompted by the Brexit position, or in order to prepare for future General Election impact.

“With the Valuation Office Agency still trying to get to grips with the new Check Challenge Appeal process introduced last year, the appeal system is proving incredibly frustrating for Rating professionals and rates-payers alike, so to add another piece to the already complex business rates jigsaw is not something that will be welcomed until those flaws have been resolved, whatever the Chancellor’s intentions may have been.

“The current pitfalls and challenges of the CCA process still remain our chief concern. A reduction in Business Rates will always be difficult for ratepayers and present an on-going test to our talents, but seeking targeted advice from knowledgeable professionals will ensure ratepayers receive the best advice in an otherwise difficult market ensuring, ultimately, that their business needs are met,” she added.

Figures from the Ministry of Housing, Communities & Local Government revealed that firms could expect a business rates hike of £845m in total in April this year, with local authorities anticipating an overall tax take of £24.8bn.

The Government has announced it plans to hold further consultation into the situation.