The former British Telecom building in Wolverhampton has been sold to investors for more than £3 million in one of the biggest ever office deals in the city.

Telecom House, a self-contained office building on Church Street, was placed on the market last year with a guide price of £2,950,000. 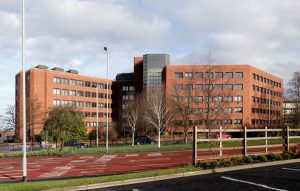 Plans had already been submitted for 100 apartments under permitted development rights prior to the six-storey building being placed on the market.

Tom Morley, of Harris Lamb’s Agency team, who completed the deal, said: “This opportunity was the largest office disposal within the city in years, and we had a huge amount of interest, predominantly from parties looking to benefit from permitted development rights, which would allow the successful buyer to convert the offices to residential use without a formal planning application.

“The majority of interested parties were from the south east, where the market is currently very saturated and extremely competitive, thereby throwing the Midlands into the spotlight as a prime site for investment.

“Further to a call for best and final bids, Inspired Asset Management successfully secured the building for a fee in excess of £3 million. IAM has purchased it as an investment, and intends to convert it into apartments, which will then be leased,” he said.

With 70 car parking spaces, the building is ideally suited to residential conversion, sited at the front of the Ring Road St Johns in Wolverhampton City Centre within easy walking distance of the city’s leisure and retail offering, and with immediate access to all major routes, while Wolverhampton University campus is just half a mile away.

Tom added: “Telereal Trillium is delighted with the interest the opportunity attracted and with the final figure achieved for the property.”