I was delighted to be one of the hosts at the official launch of the long-awaited Worcester Six business and commercial park this month, where rugby legend Neil Back MBE was the guest of honour. 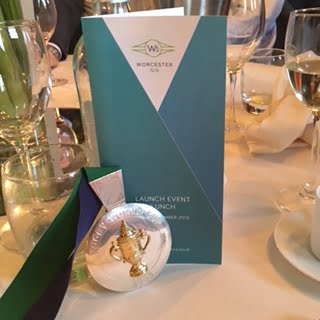 Held in conjunction with developers Stoford, the launch saw agents from across the UK invited to join us at Spetchley Park to find out more about the 70-acre site close to Junction six of the M5 and the opportunities it will offer to tenants taking on space at the site.
Dan Gallagher and Gerard Ludlow of Stoford took the time to explain to guests how the £120 million development will progress, before expanding on the £15 million speculative funding deal which has been agreed with an overseas investor for two large commercial units to be built at the site near junction six of the M5, and the commitment to the project that the investment demonstrates.
Worcester Six will provide more than 1 million sq ft of accommodation, with work on the £10million infrastructure package underway. Visitors to the site were impressed to see the significant work carried out to date on the entrance to the park, which will offer unparalleled access links to the whole of the UK.
2003 rugby World Cup winner Neil then entertained guests with anecdotes of his career and observations about this year’s World Cup and the national performance, before offering them the unexpected chance to get up close and personal with his world cup winner’s medal.
Enquiries about Worcester Six should be directed to me at Charles.dauncey@harrislamb.com, or my colleagues Jacqui.bayliss@harrislamb.com and Andrew.lamb@harrislamb.com
Back to Blog
Share this post
Previous Post
Next Post