Our concerns over the impact of enterprise zones

Harris Lamb’s Rating team has voiced its concerns over the financial incentives being offered to Enterprise Zones in comparison to those areas that fall outside their boundaries. 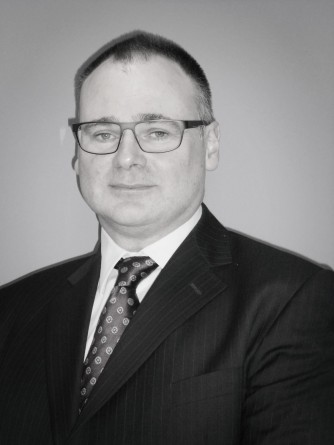 Nigel Fletcher of the rating team said: “Enterprise Zones are central to the Government’s long-term economic plan, providing support to businesses and removing barriers to sustainable, private sector growth, but what exactly will it do to safeguard the economic wellbeing of areas outside them?
“Enterprise Zones are geographically defined areas spread across the length and breadth of England; from the Tees Valley in the north-east to Cornwall and the Isles of Scilly in the south-west. Hosted by Local Enterprise Partnerships, they allow commercial and industrial businesses to receive incentives to set up or expand, which is a huge positive for all located within them.”
In the 2015 Autumn Statement, George Osborne announced the creation of 18 new Enterprise Zones, as well as extensions to 8 existing zones, bringing the total to 44 and offering a clear incentive to any business seeking to relocate:
“Businesses locating to an Enterprise Zone before 31st March 2018 are entitled to a Business Rate discount of up to 100 per cent over a five year period, equating to up to £275,000 per business, while additional 100 per cent Enhanced Capital Allowances will be available to businesses making large investments in plant and machinery on eight Zones in Assisted Areas.
“Furthermore, all business rates growth within Enterprise Zones for 25 years from April 2013 will be retained by the Local Enterprise Partnership and reinvested in the area,” he explained.
The Chancellor made a speech at the Conservative Party spring forum in March 2011, announcing the creation of Enterprise Zones would assist “the parts of the country that have missed out in the last ten years”.
“Since they were established in 2012, the Government state that Enterprise Zones have aided the success of 540 businesses, attracting over £2.2 billion pounds of private sector investment and attracting 19,000 jobs. Whether the figures stated reflect new investment, or merely the geographical relocation of growth already planned is not clear.
“The implementation of these additional Enterprise Zones should build on momentum created, with many areas of the country poised for substantial development over the coming months and years, but it is the economic wellbeing of areas located outside the fringes of the Enterprise Zones that concern us,” added Nigel.
He referred to the Black Country as a point of reference. During the 1980’s, the former British Steel Round Oak Iron and Steel Works site in Dudley was redeveloped and designated as an Enterprise Zone, resulting in the Merry Hill shopping complex opening in 1986.
“However, many areas around Merry Hill have struggled to match the success enjoyed by the Merry Hill centre. As the centre continued to grow, the nearby Brierley Hill High Street struggled to compete, resulting in increased vacancy levels and falling property values.
“Dudley town centre was arguably the hardest hit, suffering a 70 per cent decline in retailing market share following Merry Hill’s opening while other nearby areas developed as part of the Enterprise Zone scheme, such as the ‘Waterfront’ office development, have experienced a steady decline following early success.
“With significant financial incentives on offer for businesses to locate and grow in the EZ’s, it stands to reason that the benefit gained to some will be to the detriment to others. The Government must ensure therefore that benefits are not off-set by losses elsewhere,” he said.
Back to Blog
Share this post
Previous Post
Next Post