When it comes to negotiating a break clause on a long-term lease, tenants would be well advised to exercise caution, following a High Court ruling which deemed an occupant had frustrated a vacant possession condition by failing to dismantle office partitioning.
The ruling last week means that NHS Property Services will be liable for its outstanding obligations on its lease for an extra five years.
Andy Smith, of Harris Lamb’s Lease Advisory team, said: “The company, which took over the lease of the local primary care trust, looked to implement a break clause at the five-year point, which could be exercised with six month’s notice by the tenant. 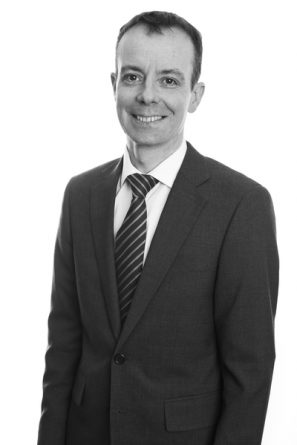 “A condition of the break clause was that it would only be effective if the property was fully vacated on or before the break date, but by failing to remove the partitioning it had installed, the company fell foul of that condition and that it had frustrated the vacant possession condition.
“It seems harsh – and perhaps it is. The tenant argued in court that the partitioning should properly be classed as ‘tenant’s fixtures and fittings’ which had become integrated into and part of the property, and that there was therefore no obligation to remove, but Judge Saffaman, who heard the case on August 11th, took an opposing view.
“He said that by erecting demountable partitioning and not afixing it to the structure implied that it was always a temporary solution, and that by failing to remove it, the tenant left the premises in a condition that meant the landlord would find it a less attractive proposition to potential new tenants,” said Andy.
As a result, the tenant is now obligated to see out its lease until its expiry, and Andy said that there are lessons to be learned for landlords and tenants alike.
“While the Judge admitted that the final decision could be seen as harsh as it left NHS PS liable for ongoing rent as a result of what might be seen as an insiginificant technicality, it’s provided commercial tenants with a clear message: they need to ensure that they pay close attention to any alterations – however minor they might seem – implemented during a tenancy, and, should they plan to exercise their tenant break clause, ensure they are 100 per cent clear on what they are obligated to remove from the site to prevent similar action.
“On the other hand, it also gives landlords protection and a point of reference when, should they want to prevent the exercise of a tenants’ break clause. A close inspection of modifications may be all the grounds they need,” he added.
“As a matter of course, we’ll be ensuring that those tenants we represent are well aware of their responsibilities and commitments, and what modifications would be their responsibility to redress – while also making our landlords aware of this development to ensure that should tenants not strictly adhere to the conditions of vacant possession, there is more scope for them to frustrate break clauses in this way.
“Essentially, close attention to terms and conditions and thoroughly reading the small print could have prevented this case; something commercial tenants would do well to learn from,” added Andy.
Back to Blog
Share this post
Previous Post
Next Post